Have you experienced getting caught up in a swarm of flying ants?

Flying ants are characterized as having elbowed antennae, thin waists, with front wings bigger than their hind wings. When ants reach a certain level of maturity, they eventually develop wings. This means they are ready to reproduce in order to expand their colony, so they take to the skies and mate. This flight is commonly referred to as a ‟nuptial flight.”

Why do ants fly?

This synchronized emergence of flying ants consists of new queen ants and male ants. The large ones are the queens. Ants fly so that queens can mate with several male ants from different colonies. Growing wings and flying enables her to do this. The mating happens mid flight and after this, queen ants bite their own wings off and will set up new nests of their own. This is why you may see discarded wings scattered over pavements after a “flying ant day”. The queens will spend the rest of their lives inside their colonies whereas male winged ants die after mating, they have served their purpose.

The sperm the queen received on her nuptial flight will last her a lifetime, which can be up to 15 years. Queens lay thousands of eggs a year. When the eggs mature, they normally develop into female worker ants to secure food for the colony. When the ant colony is large enough, the queen begins to produce young queens and males. At some point, they will need to strike out on their own so new queens can build a new colony.

Is there really such a thing as flying ant day?

The concept of ‘flying ant day’ is a bit of a misnomer. It’s really more of a short flying ant season.

Depending on weather conditions, the ants can start emerging from multiple colonies simultaneously and it often takes place over several days and can occur anytime between June and September. This annual swarming event occurs at almost any point during the summer months and won’t necessarily appear all at once for only a day.

Why do ants swarm?

Swarming is triggered by the weather and often occurs after some summer rain. Certain conditions must exist in order for the winged ants to erupt from the grounds and leave home. They come out in warmer seasons when the temperature, humidity and wind conditions are just right for them.

The reason the ants appear in large groups is because it helps protect them from predators—they feel safer in large numbers. Flying all together at once also gives them a much better chance of finding mates.

While their presence doesn’t pose much threat to humans, their constant swarming can be really annoying and can potentially lead to a full-on ant infestation. If a swarm of flying ants are seen in your home, it is likely you already have a colony somewhere in your walls or under the foundation. While there are chemical solutions and home remedies you can do to keep them away, it is best to contact a professional to help you protect your home. 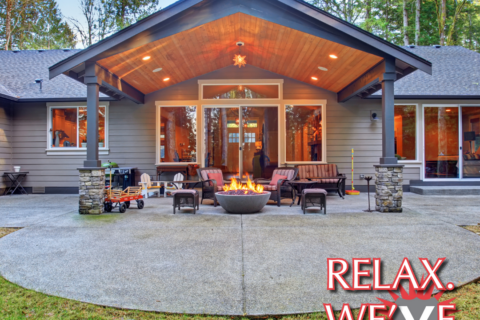 With warmer temperatures come summer cookouts and backyard pool parties. It’s the perfect time to relax and lounge in the shade. But then —… 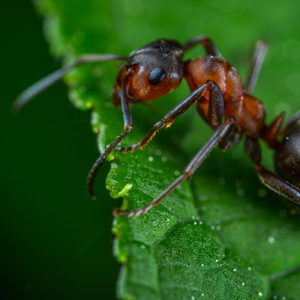 If you’ve ever gone on a picnic and stepped in a swarm of ants, you know how annoying they can be. When they invade your home, it is sometimes…