Kissing bugs are a type of insect that is known to bite the face of their victims and suck their blood. Because of the shape of their head, they are sometimes called conenose bugs. They are light brown to black with some species having red, yellow, or tan markings on the abdomen, have 6 legs, and adults reach a size of 0.5in-1in. Kissing bugs usually live in hollow trees that are home to various small animals such as wood rats and raccoons but are able to enter homes through tears in screens or open windows.

Kissing bugs are primarily a nocturnal pest, hiding during the day and feeding on the blood of mammals (including humans!), reptiles, and birds at night. Generally, feeding requires 20-30 minutes. During their feeding, they inject an anesthetizing agent into their saliva so the host is unaware of what is happening. Some people with sensitivities may show signs of allergic reactions such as redness, swelling, and itching. Kissing bugs also carry the parasite Trypanosoma cruzi that causes Chagas disease, a potentially fatal illness that has infected millions of people around the world.

To prevent a kissing bug infestation, homeowners should seal cracks and crevices, replace weather stripping and install door sweeps. Homeowners should also remove debris piles around the property and store firewood at least 20 feet from structures.

Note: Although the insect vector for the parasite T. cruzi, triatomines (commonly known as “kissing bugs”), has been identified previously in Missouri, no locally acquired human cases of Chagas disease have been identified in the state. For More information visit the CDC. 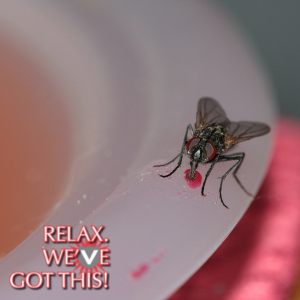